10 most anticipated games of 2018 for Android and iOS

As the smartphone market is increasingly betting on higher quality hardware for its products, the mobile gaming industry has grown dramatically. Console and PC games are creating mobile versions and developers are starting to bet more on better games.

So we decided to split the 10 most anticipated games of the year for Android and iOS. There is only one detail, good games are usually not for free, so some of them that we show here have a small value. Some have not even been released yet, so it’s good to stay connected. Check out:

This is the latest jigsaw and duel game from the Sky Gamblers series, Battle Supremacy and Radiation. In it, you can unlock, upgrade and customize the weapons and defenses of over 100 airplanes. It is also possible to perform maneuvers, aerial combat and test AI target skills in custom games. The game is multiplayer and allows PVP online or PVE.

The cool thing is that the game has recreated cities, like San Francisco and Rio de Janeiro, where you can explore. In single player mode, the player must unravel the stories of bravery and betrayal. The game is only available for iOS devices, and costs $ 4.99. There are no release date predictions for Android 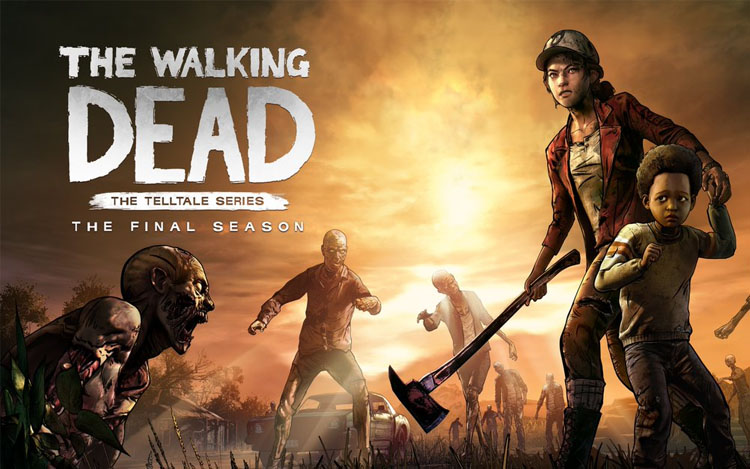 The trailer neither the release date has been revealed yet.

The last game that ends the game franchise inspired by the comic Robert Kirkman, “The Walking Dead: Final Season”, had images of Clementine in adulthood released by Telltale. The developer should give more information soon, but for now, only this detail has been disclosed.

In Marvel Strike Force, the player has the goal of setting up a team to fight side-by-side against the arch-rivals. The game is free, full of action and with a high quality visual to be played on a mobile or tablet. It is free for Android and iOS and is already available for download in both. The characters included are Spider-Man, Strange Doctor, Groot, Rocket, Captain America and Iron Man.

The game is an adventure that focuses on exploration, history and character. Full of symbolism, it presents several characters with intelligent dialogues. The story is about Mae Borowski, a cat who dropped out of college and returned to his old town, Possum Springs.

She seeks to resume her life aimlessly and reconnect with friends she left behind. Only everything changed, the houses and the friends. “The leaves are falling and the wind is getting colder. Strange things are happening while the light goes out. “The game still has no release date for mobile.

This game is for those who like to unravel mysteries and puzzles. The Room is part of a trilogy of games, and in The Room: Old Sins they suggest an in-room entrance to be transported “to a place where tactile exploration meets challenging puzzles and a captivating story.”

The story recounts the disappearance of an ambitious engineer and his wife of high society, which ends up provoking the search for a precious artifact. The trail of the game leads to the attic of the house and the discovery of an old dollhouse. The player must explore obscure places, follow clues and manipulate objects while discovering the mysteries of the Waldegrave Manor House. The game is available for Android and iOS for 18.99 reais.

The “Super Meat Boy Forever” is a sequel game of “Super Meat Boy”, but this time, Meat Boy and Bandage Girl has a baby named Nugget, who is kidnapped by Dr. Fetus. Nugget’s parents must rescue him in dynamically constructed difficulty levels. Thus, with each level overdue, it rebuilds and becomes more difficult. The two main characters must punch and kick their enemies until they can get their baby back.

The game was originally made for console, but like many others, it is migrating to the mobile version. When launching, the game is expected to arrive for Android and iOS, and they promise the date will be before the summer of 2018. Let’s wait!

Developer Pearl Abyss has launched the game Black Deserts Mobile, a game that has already arrived in South Korea, but does not yet have a release date for Android or iOS. In relation to the game itself, it has fantastic graphics, with a very intense skills system, cooperative modes, boss battles, PvP combat, Craft, resource management and fast and fairly fluid combat. The game was made for PC, so many of the optimized controls will retain the essence of the original that had great success.

Developed by Netmarble, known as the Star Wars Arena and Marvel Future Fight games, “Tera M” is the mobile version of the MMORPG Tera Online game, and retains some of the PC version systems, but with changes to the combat and evolution system .

The game was released for iOS and Android in Korea in 2017, but will arrive for us only this year, with no date set. The goal of the game is to explore the world of Tera and face enemies and bosses, while sharing your experience with players from around the world.

Aion Tempest is also a MMORPG dedicated to the mobile platform that will arrive for iOS and Android. This is also a PC game migrated to mobile, but the story of the new version is 900 years before the previous one.

The game revolves around the confrontation on the battlefields between two factions, the Daevas and the Balaur. It also features battles in legions as a multiplayer mode in a simultaneous war. The interesting thing is that it is the players who create the wars, not the narrative of the story.

One of the most anticipated of the year, now with the release of the mobile version postponed for this year, is an action game by developer Overkill that should focus on multiplayer. In it, one must play on missions that are placed in the same places of the assaults, placing the heights against the police.

The player can choose which side to stay on and challenge the enemies in iconic locations. It is also possible to unlock upgrades and equipment along the way to get more and more charge and advantage. In the end, the player must comply with the law or plan the perfect assault. The dates have not yet gone, but the game will arrive for Andoid and iOS.