Fortnite for mobile: how can I download it and start playing on iOS?

The arrival of ‘Fortnite’ to mobile phones has been one of the big surprises of this beginning of the year, but it has also raised many doubts about Epic’s plans to bring its popular Battle Royale to iOS and Android . As they commented on Twitter in their ad, the game would be available as of today, March 12, 2018, but …

Below we will break down all that is known about this new version of ‘Fortnite’ for mobile phones and we will teach you everything you need to know in order to start playing as soon as possible. Of course, we warn you that it will be just as easy as finding a legendary crossbow.

The first thing you should know is that, until the game comes to mobile officially, Epic still must make numerous tests of performance and compatibility, especially considering that there will be cross-match between PC, Xbox One and mobile versions .

For this they have prepared a test for iOS that will start today, March 12, and that has no end date. The event will be, for the moment, closed by invitation, so you will not be able to download it if Epic Games or a friend who has the game invites you to try it. 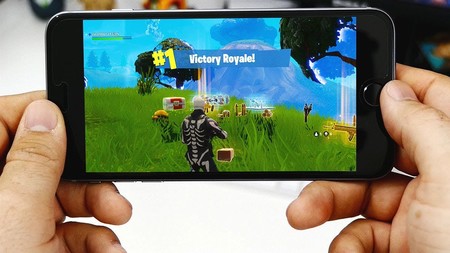 The easiest way to get it is by entering your data on the page of the Invitation Event of iOS for ‘Fortnite’ , which will guarantee that sooner or later you will receive different codes so you can download ‘Fortnite’ from the App Store and invite your friends to do the same.

Can I play Fortnite on Android?

The official response from Epic Games is that Android support is on the company’s road map, but to enjoy it, we’ll have to wait a little longer. In fact, they talk about ” some months ” to specify even more about that possible launch, so we’ll have to wait and see what happens in iOS and cross our fingers to make everything work wonderfully and make the jump as soon as possible.

With what devices can I play Fortnite Mobile?

The requirements that Epic has put to play the mobile version of ‘Fortnite’ are to use any of these devices (or their higher versions) with iOS 11installed:

Why is the arrival of Fortnite to mobile important?

Epic Games does not want to miss anything in its fight with ‘PUBG’ and, with ‘Fortnite’ reaching as many users as possible, that is a fight they have almost won. The idea is that this version of ‘Fortnite’ is identical to consoles and PC, which means being able to have the game always at hand at any time.

It also does so from a single and closed platform, so what you pay on PC will serve for the other devices and, in the same way, everything you get playing on mobile will also be transferred to your account when you play from the console.