Gears Pop: this is Microsoft’s mobile game that will merge Gears of War with Funko Pop

Microsoft is another of the companies that has announced its news during the E3 2018 in Los Angeles. Over the last few years we have seen a significant change in the brand’s strategy and its approach to mobile ecosystems such as Android. The result is that we have dozens of top-level Microsoft applications for Android . Now we announce a new mobile title that will arrive in 2019 and is part of one of its great franchises.

Gears of War comes to Android and iOS mobile devices with a first-person shooter . However, it is not exactly as we expected. To move the action of Marcus Fenix ​​to smartphones has opted for a collaboration with the popular Funko Pop, those dolls so recognizable design.

Gears Pop! is the name of this new title that will be developed by Mediatonic , a British studio that has previously collaborated with Microsoft in the development of titles such as Fable Fortune. 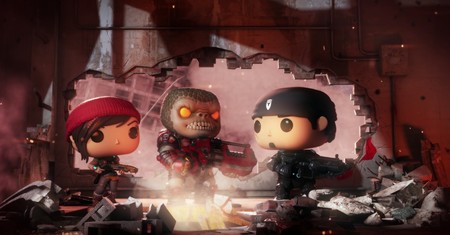 During the presentation of E3, Microsoft showed us a small teaser showing the characters. As we can see, the design is very successful and the two environments are perfectly recognizable. The apocalyptic science fiction aesthetic of Gears of War and its action, but also the design of the Funko Pop.

The new game will not arrive until next year and we will wait to have more details about it. For the time being it reminds us of the LEGO games , which have managed to have their own style but without losing the essence of that setting, game or film on which they are based . We’ll see if Microsoft gets with Gears Pop! maintain the level of Gears of War and move it successfully to mobile devices.