Google prepares the arrival of Messages to Chrome OS

The operating system of Google based on Chromium, Chrome OS , is preparing to work with Messages . This is just one more step for the company to convert this operating system into the system of the future that it intended when it was presented to the world in 2009, and that now lives on Chromebook laptops, tablets, all-in-ones and many other devices. .

The truth is that Chrome OS is increasingly integrated with the Android system and share more and more functions. More than a year ago we were surprised to see how the floating windows of Android 7.1 Nougat came to Chrome OS, followed by Android applications , compatible with the mobile operating system. Now, it seems that Google is working on integrating, also, the Messaging application (which will integrate future Chat technology with the RCS protocol). 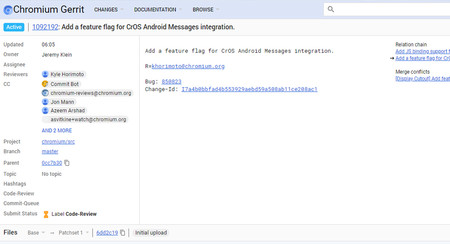 Take a look at the software repositories of projects as transparent as Chromium , open source, many times we open the window to developments that take place without advertising of any kind. Before all the marketing machinery starts up and any changes are publicized, there are always developers working quietly to integrate news to the products. The Android Messages in Chrome OS seems to be a new case. 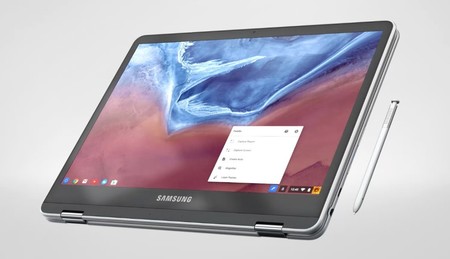 The first mention of this integration has been detected in the Chromium Gerrit project . Specifically, this is a recent notification of consolidation or upload of code ( commit ) where a message related to the integration of “Android Messages” in Chrome OS has been discovered . The descriptions of the consolidated code are quite meager, so it is difficult to understand exactly what the details of this integration are.

How exactly will Android Messages be integrated?

We still do not know how deeply the Messaging application will be integrated in Chrome OS , if it will replace in any way the web version of the service that is being developed or if it will allow messages to be answered from some system notification , for example, which would mean working in a very similar way to a progressive app . 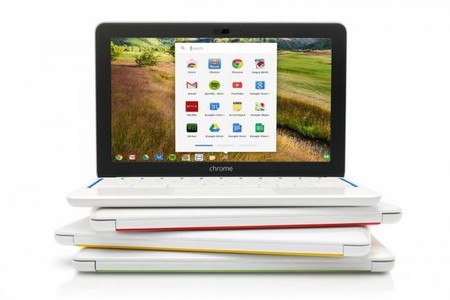 For now, what does seem to confirm the development text is that the integration works by establishing a possible connection by pairing between an Android device and the Chrome OS system, all occurring in ” the browser process “, WhatsApp Web style . In the past we have checked how this browser could be any of the compatible ones. Obviously, Google Chrome, but also Firefox, Edge, Safari or Opera.

Meanwhile, Google is still working on the Messaging web client . For its part, the RCS protocol , which will unify the experience of sending and receiving messages from the vast majority of terminals (pending what Apple decides), continues on its way, without too much publicity or official confirmations of its evolution as a standard of the future , although already implemented in the functions of Messages under the name of Chat .

Tagged with: Google and chrome OS, Google prepares the arrival of Messages to Chrome OS