Honor has been quoted with the press in his country of origin, China, and there he has released a new phone that stands out from others both in the absence of an existing family, Honor Play , and in the presence of some feature of quite interesting software. A phone that falls directly between the other high ranges of the constructor.

The phone thus becomes the answer, albeit with a less aggressive design, to the new park of gaming- oriented smartphones , such as the Razer Phone , Xiaomi Black Shark or the recent ASUS Rog Phone . The Honor Play will try to compete with them in power thanks to a brain of the house, the already known Kirin 970 , and other additions. But let’s see what he has to offer us.

The Honor to play is here 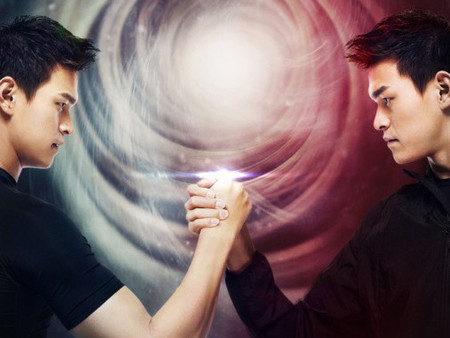 Honor has long since placed on the market telephones that are almost identical to each other, the consequence of which the manufacturer continues betting on the brains built at home and that there is not much variety of chips to go to. In this case it repeats the Kirin 970 that we have seen arriving on board of many Huawei and Honor models, and it is accompanied by a good additional power.

As a novel feature, the Honor Play incorporates a new technology from the manufacturer, a very low level system modification that allows to boost the performance of the Kirin 970 GPU. For practical purposes, this Turbo GPU is nothing more than an overclock of the Mali. G72 of twelve nuclei that accompanies the brain of the phone and that allows to increase the power in a 60% with, attentive, an energy saving of 30%. We will have to try it to see how it works.

Honor Play comes with 4GB and 6GB of RAM , to choose from, and a single internal storage option: 64GB that we can expand thanks to a microSD. This power arrives covered by a 6.3-inch screen that adds to the fashion of notchand therefore offers a 19: 9 aspect. That means that your FullHD + stretches up to 2,280 x 1,080 pixels.

In the multimedia section, it is not badly served either. We have a dual camera in the back, with 16 and 2 megapixel sensors supported by artificial intelligence, as also happens with the 16 megapixels for selfies that we have in the front. And in sound, a chip to support 7.1 sound and immersive 3D sound for games. As we can see, in the sound section there have been no cuts.

The Honor Play lands with a 3,750 mAh non-removable and fast-charging battery, which according to the manufacturer must support a day of use. Although surely this is not true if it is a phone intended for the public more gamer . With Android 8.1 Oreo under EMUI 8.2, the Honro Play has several colors and prices, then you have them.

Versions and prices of Honor Play

We commented that the Honor Play comes in two versions of RAM and one storage, but we also have several colors to choose from. With a unibody metal body, the Honor Play will be available in black, blue and purple, plus a special edition in red and black with a more aggressive pattern on the back cover.

The prices, for now for China, are the following, while the phone will appear in pre-reservation on June 11: