Onitama is an android version of a board game for two people that resembles chess in its gameplay. On the 5×5 board, both players start with five figures marked in blue and red, with the main figure in the middle. Also below are two open cards, they show possible moves for any of the figures. Alternately, players choose cards, move the pieces around the board, and so on until one of the players removes the main pawn of the opponent or it finds itself in the position of the opponent’s piece, which is on the opposite side of the board. The chances of both players are initially equal, but only those who show concentration and attentiveness will win. Play with a virtual opponent, against friends in a local multiplayer or online.

How to run Onitama on your PC 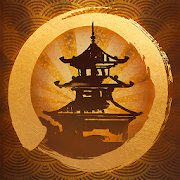