Review of Gears of War 4

Fans of the series will feel familiar with everything. Before beginning to be developed, Microsoft Studios bought from Epic Games the rights of the Gears of War franchise . What’s new is that Gears of War 4 is one of the newcomers to Microsoft’s PlayAnywhere mode . That is, if you have an Xbox One , you can play both on the PC, with Windows 10, and on the Xbox with the same gamesave and customizations.

We tested the PC version, provided by Microsoft and downloaded through the Windows Store.

The story of Gears of War 4

Whoever played the third game knows that it was the end of the Marcus Fenix ​​trilogy, in the war against the Locust Horde. Now the protagonist is the son of Marcus, JD, and the enemies are the monsters called Swarms.

The game begins by remembering how it all began, in the first few minutes you will live the story in different years, only to start Act 1 and actually experience the story of Gears of War 4, which begins when the village where JD Fenix ​​and his friends live is attacked by monsters, kidnapping the mother of Kait, the young lady of the game. That’s where JD, Kait and Del go in search of friends who have been kidnapped and also to discover the source from which the monsters are emerging. I’d rather not tell more of the story so you can break it yourself, and avoid spoilers;)

The protagonists of the game are: 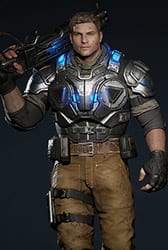 Unlike his father, JD is an idealist, wants to live life with a purpose. He ran away from home to become a CGO Gear , something Marcus did not like. He became a lieutenant in the CGO, but was involved in an incident with his friend Del Walker, both defected to CGO, met and joined outside the walls to Kait Diaz. It is JD the character that will control much of the game. 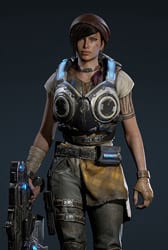 Many people are living under the care of CGO, inside the walls, but some of the people, like Kait, were born outside. Grown without the benefits that CGO provides, it has received extensive treatment of how to survive in the jungle and how to live off the land.

Del is an orphan of CGO, met JD at boarding school, has been following him friend ever since. The two became Gears , and along with JD defected when the unclassified incident occurred. 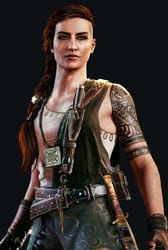 Kait’s mother, Reyna took over the leadership of the village when her husband died. She and her brother-in-law, Oscar, trained and protected the village. She governs the village differently from the CGO, she passes security people and does not usually spoil the inmates. 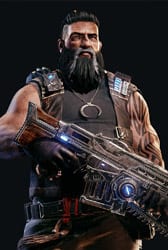 Oscar is a retired Gear and now a person from the village. He is a cranky but extroverted old man. He does not like JD and Del because they deserted. He is the brother-in-law of Reyna and Kait’s uncle. 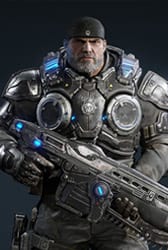 Main character in Gear of War 3, Marcus was finally able to live a life of peace in his home, where he started a family with Anya. JD’s father, he is summoned by his son to go to the rescue of Kait’s mother.

The graphics of the game are good. I managed to turn it well using the GTX 750 Ti plate. The realism of moving hair, foliage and other objects impressed me. The raindrops, watering and reflecting the water in the armor was impressive. I noticed some details on objects close to the character that did not render very well, may have been somewhat random, but it was very evident.

The cut scenes bring the story to the surface, showing everything that happened. In them the video becomes more detailed. And there are many cut scenes to watch, one of the reasons for the game to go over 90GB. 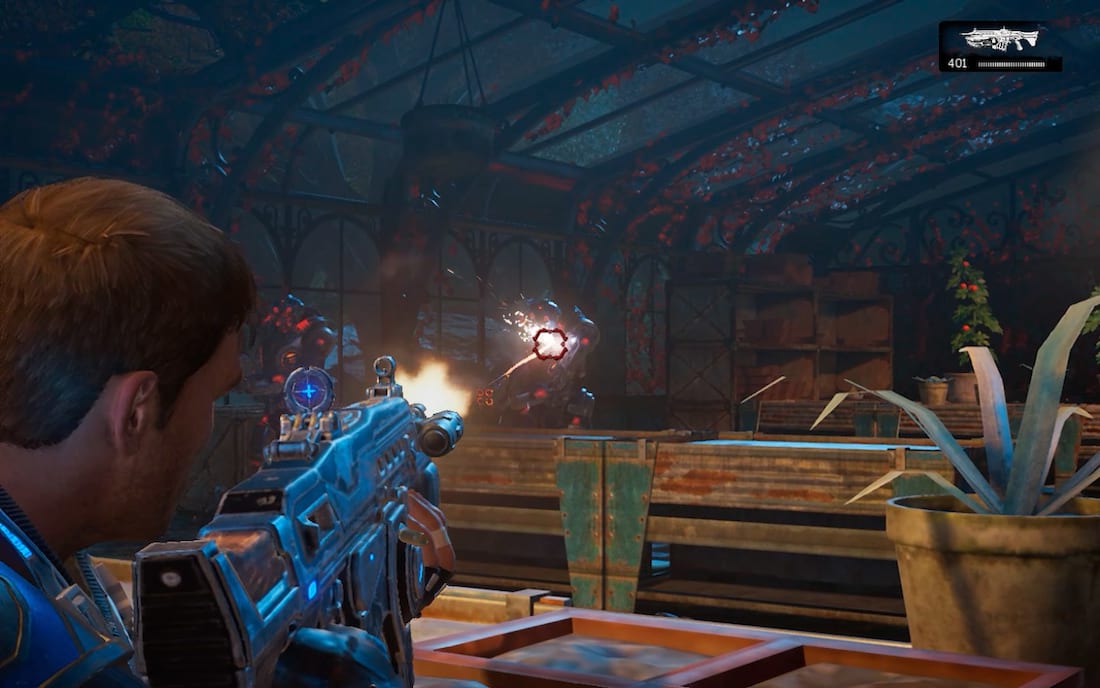 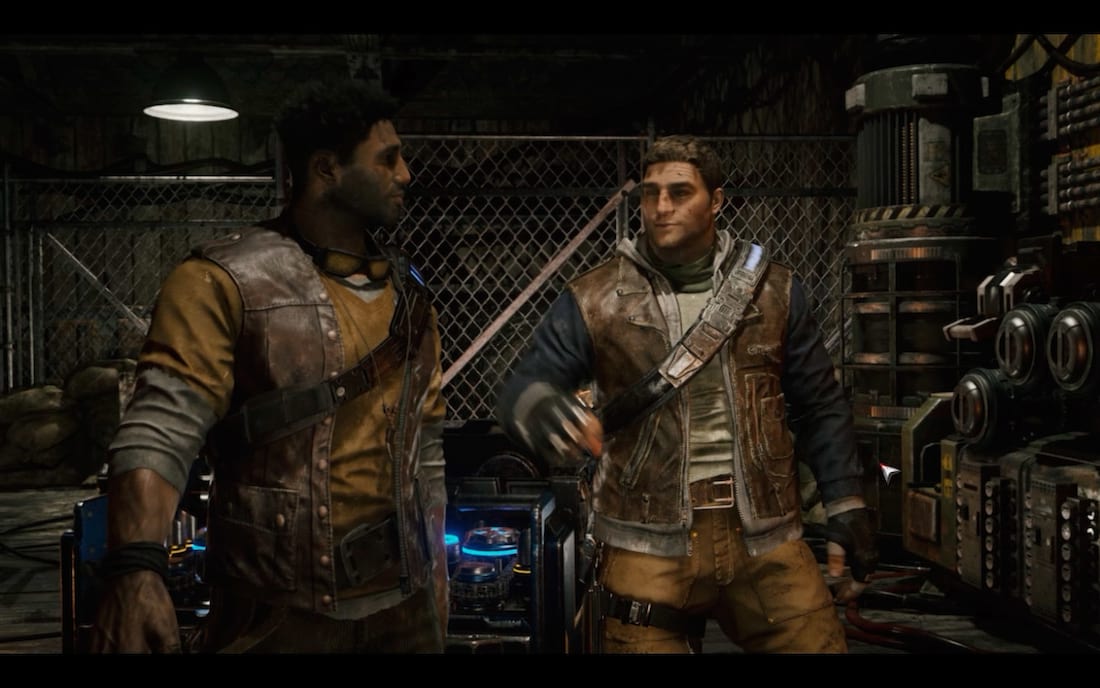 There are three modes of play. The campaign , which is the story of the game, divided into 24 chapters, which take around 8 to 9 hours. It can be played in cooperative mode, but only between two players. In the video game, you will have the screen split in half, so that both can simultaneously play on the same console.

The multiplayer Dodgeball you play with two teams, 5 against 5. When a player is killed, he can only respawn when an opponent dies. The multiplayer Escalation, the two teams have a number of lives, and with each elimination, the return time of this player takes more and more. In addition, as deaths become more frequent in the game, new special weapons emerge in combat, making it more dynamic and strategic than normal.

Horde 3.0 , is the third mode of play. In it, you and your friends will have to defend a base of the hordes of DeeBees that will emerge. Just like in the campaign, the smith can be used to build barriers and weapons that will help in the combat of each horde. For those who know this type of game is very familiar, for those who do not know, just remember Plants vs Zoombies, where you mount the defense against the attack of the zoombies.

10 are the multiplayer maps, 9 of which are unpublished and the Gridlock map returns to 4. Still in a note, The Coalition has revealed that it will release two new maps per month during the 1-year period, which will be released for free.

I did not have the opportunity to play in multiplayer yet, since the game was not released and the matches were empty.

The game is long, not even for this is a point against, but I see that usually happens the same thing. You are attacked by monsters, first the weak with every change of scenery, then some stronger ones, and finally, comes an assorted lead from them. You spend all the time with this theme as you unfold the story.

The cut scenes were very well done, with excellent graphics and the story goes so well, that you seem immersed. I confess that some games I skip them, but in Gears of War I could not, I had to watch the whole time, just to know what happened and what was to come. I liked Microsoft enough to have worried about the translation of the game and mainly for the beautiful dubbing. Unlike a movie, the dubbing of games has always been, for me, a positive aspect.

If you are a fan of the Gears of War series, you should certainly be looking forward to the game. Now if you do not know, but like a game with many shots, monsters, robots, heavy weapons and good scenes, Gears of War 4 is a title to be acquired.