Review of Heroes of Empire

Review of Heroes of Empire: Age of War

Heroes of Empire: Age of War is a new multiplayer 3D strategy with interesting features.

Before the player opens a huge new world, waiting for its conqueror. He himself acts as the lord of a small town. From his wise leadership and the right strategy depends on how powerful a ruler he will become. The goals of the game – the maximum pumping skills of the lord and the construction of a powerful citadel.

The servers were launched today. Open beta testing will last until November 20 – we invite everyone to participate.

Development of the city

As in many other multiplayer strategies, Heroes of Empire: Age of War focuses on the military development of the city. The game has a good balance between improving all buildings – no matter how much the player would like to quickly build a barracks, without upgrading the farms, warehouse and other economic buildings can not do. This makes it possible to develop the city evenly, but it significantly reduces the growth rate of military power.

Even if the player does not plan to conduct active hostilities, it is vital to maximize the pumping out of hospitals. If, as a result of the enemy’s attack, more soldiers are wounded than the hospitals can accommodate, the rest of the army will perish irretrievably. For the treatment of the wounded, much less resources are spent than on training.

On the world map there are resource points – farms and mines. At free points you can collect resources, and busy with foreign troops – beat off. In the latter case, before starting the attack, the farm needs to be scouted – another’s army may exceed in strength, and the attack will end in an annoying defeat.

Heroes of Empire: Age of War – a restless place. Here, dangerous monsters – spiders, ancient tree-like ents, golems and dragons are in full swing.
The victory over the monster brings not only moral satisfaction, but also rich booty – resources, accelerations, crystals, gold and the experience of the lord. 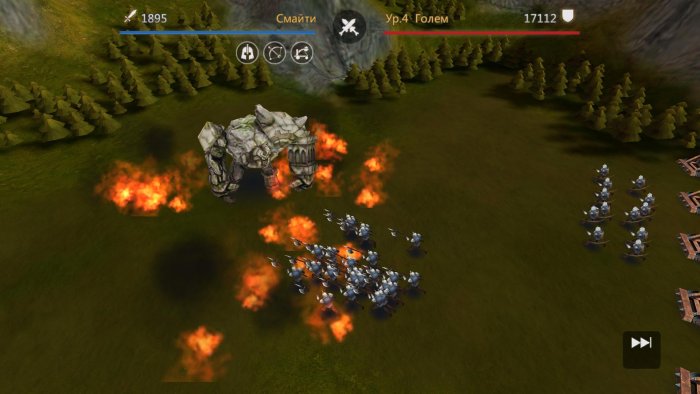 Wars with other lords

Battles in real time – this is what makes the strategy of Heroes of Empire: Age of War exciting and unpredictable. At any time, the city can be targeted by a more powerful lord. If the player managed to create a strong army, he himself can attack other strongholds, taking valuable resources from the defeated enemies. 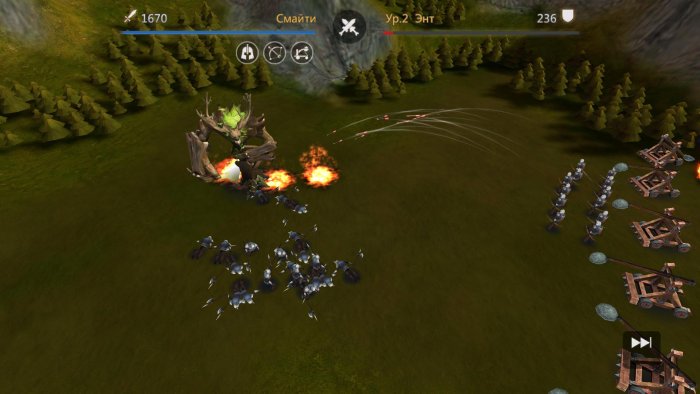 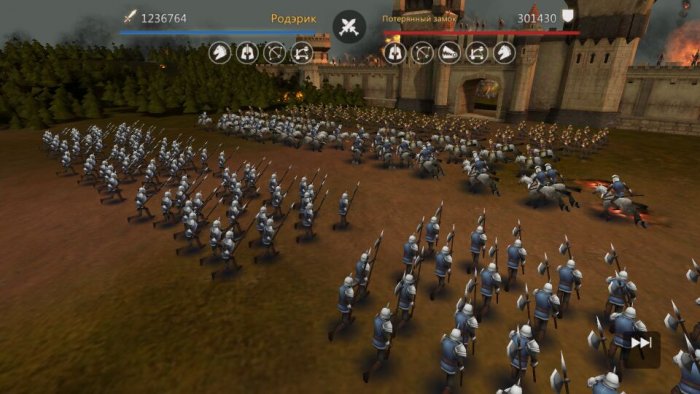 Heroes of Empire: Age of War – an interesting large-scale multiplayer strategy, which will appeal to lovers of dynamic games with a military bias and the ability to communicate with other users from around the world.