Sony abandons its launcher Xperia Home, which will not receive more news

The launcher pre-installed in Sony phones has the days counted. A representative of the brand has announced on Google+ that Xperia Home has entered the maintenance phase . No new features will be added, and its beta version will disappear in the coming weeks.

It will continue working, until it stops working

The cause for this retirement of the launcher of Sony has not been explained beyond saying that “it is a commercial decision”. Xperia Launcher is not yet abandoned to its fate, because the very name of the “maintenance phase” implies that it will continue to be maintained with the basics. That is, correction of errors and little else . 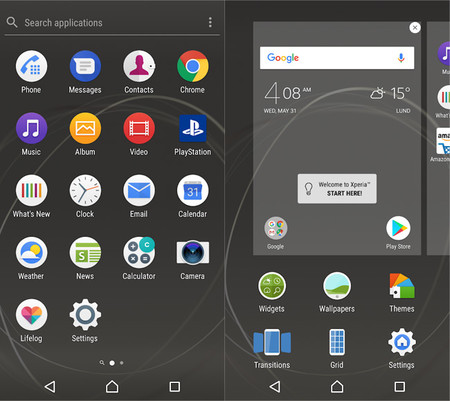 If you currently have a Sony mobile and use Xperia Home, you do not have much to worry about beyond the melancholy of knowing that it will not continue to improve in the future. In fact, the official launchers of the different brands are hardly updated , and the most normal thing is that they continue to work for years, without change.

Sony has not explained how long the support will be maintained , although it is foreseeable that it will be a prudent time since its last model was launched with it. They should make sure that the standard launcher continues to work without serious errors, to avoid problems.

Xperia Home is the second to fall after Xperia Weather was also retired . It is not clear what Sony’s strategy is here, or what is behind that “commercial decision”. Will Sony have a new launcher / layer for Android up their sleeve? Are you thinking about moving to Android One? What launcher will you include in your next phones?

We must wait to see the next Sony smartphone to have more information. The Xperia XZ2 Premium should be falling, and then we can see if it is put on sale with a launcher that will not receive news.