It was one of Nintendo’s most anticipated ads and it has not disappointed! During its special Nintendo Direct for the E3 2018 , the Great N has presented the new Super Smash Bros. Ultimate for Nintendo Switch , confirming that all the characters appeared to date will be in this fighting game!

This leaves us with a roster of fighters close to 60 characters, among which we find new additions such as the Inklings of the Splatoon series , or new versions of iconic characters such as Link, which will have the appearance and movements of the great The Legend of Zelda: Breath of the Wild , in addition to a classic version of the hero of the Zelda saga . The princess also changes her style, with the appearance of Zelda in A Link Between Worlds.

Described by veteran Masahiro Sakurai as “the most impressive cross in the history of the game”, this new Super Smash Bros. recovers characters as dear as Snake from the Metal Gear Solid series. Pokémon Trainer releases female version, and Mario will use Cappy from the great Super Mario Odyssey from Nintendo Switch. 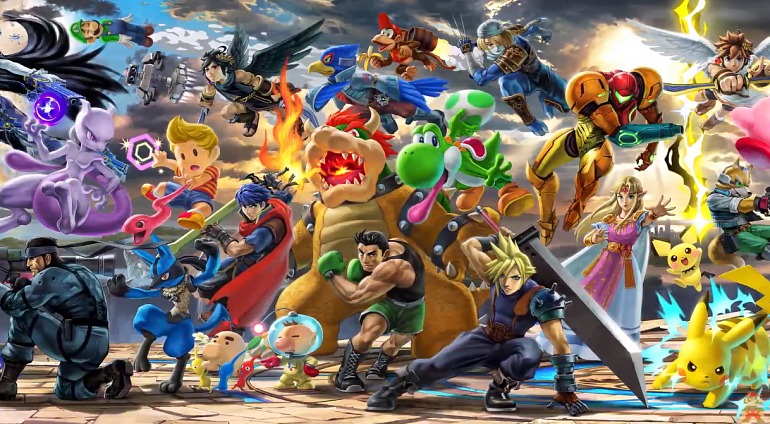 Rodin, of the Bayonetta series, will make an appearance as a new assistant in this fighting game, with more than 50 assistants to turn to in the Nintendo video game. Daisy from Super Mario Bros will also be part of the fighters’ squad, with Peach’s skills.

Super SmashBros Ultimate will arrive at the Nintendo Switch on December 7 .