UFB 3: Ultra Fighting Bros is a continuation of a series of arcade fighting games with one-touch control. Overall, the gameplay is not much different from the previous part, within two rounds you have to beat the opponent at least three times. While holding the button, an arrow will appear, which will indicate in which direction your fighter will jump. Try to aim at the opponent and the victory will not take long. You can practice in the free game mode, defeat fighters representing different countries in the career mode or play with a friend in multiplayer mode. In addition to fighting, there are mini-games, such as collecting coins and breaking boxes, they will slightly dilute the gameplay. UFB 3 was significantly improved compared to its predecessor, and while the developers retained all that pleased the players.

How to run UFB 3: Ultra Fighting Bros on your PC

To install the mobile version of UFB 3: Ultra Fighting Bros on your computer, you will need to install the BlueStacks emulator first. To download the emulator, use the link, after downloading the BlueStacks, run its installation. 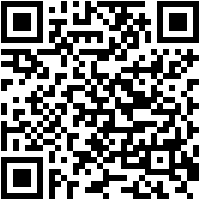