The dream of a mobile without frames. During the last few years we are seeing giant steps in that direction. First were the 18: 9 screens. After the arrival of the ‘notch’. The next step is now a little closer thanks to the new Vivo NEX. A terminal that had already been filtered and offers us a large-screen mobile with ultra-reduced frames, without notch on the screen and with the fingerprint reader integrated into the panel itself .

The Vivo NEX is not a small device, but its optimization is excellent. We have a theoretical screen ratio of 91% , surpassing others such as the Galaxy S9 or the Essential Phone that to date were the most compact devices for the screen they offered. Let’s see in detail what this new Vivo NEX offers us, a device that will give a lot to talk about and we believe can represent a turning point in this race to reduce frames to the maximum.

The mobile ‘without frames’, without ‘notch’ and with fingerprint reader integrated in the screen 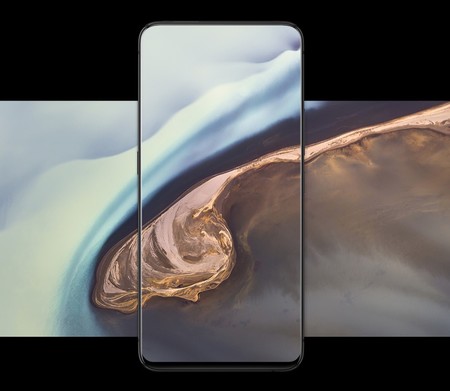 The Chinese manufacturer Vivo was the first to offer us a device with fingerprint reader integrated into the screen. It was the Vivo X20 UD and we had the opportunity to try it . With the new Vivo NEX we have a third generation of these integrated fingerprint readers on the screen , with greater surface area and greater precision.

The Vivo NEX offers us an UltraView SuperAMOLED screen of 6.59 inches with FullHD resolution in a 19.3: 9 format. A panel surrounded with frames but where the front camera is removable and does not occupy space in the front.

The theoretical screen ratio of the Vivo NEX reaches 91% and the lower frame occupies only 5 millimeters , although according to the calculations on its real ratio it would be around 86%. That minimalist aspect even moves to sound, where we find a technology to reproduce the sound through vibrations on the screen. In this section, the most powerful Vivo NEX incorporates an SSM6322 amplifier to improve sound fidelity. 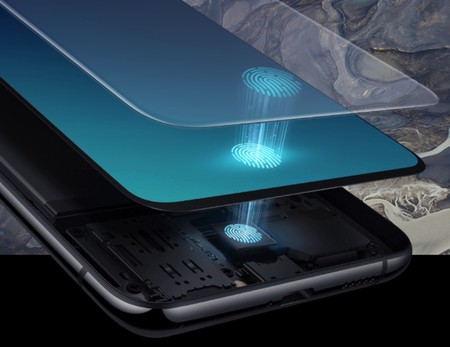 The Vivo NEX incorporates 8GB of LPDDR4X RAM along with the powerful Snapdragon 845 processor , the same chipset that most of the 2018 flagships incorporate. For the battery, Vivo adds 4,000 mAh with fast charge through the USB port type C.

Vivo offers two versions of the Vivo NEX . On the one hand we have a model with the Snapdragon 710 and 6GB of RAM, while the top of the range will come with the Snapdragon 845, 8GB and models up to 256GB of storage, which in any case can be extended by microSD.

To improve gaming performance, Vivo has teamed up with Tencent to offer us its Vivo Game Engine . A game mode to enhance them that we have also seen in other devices and that in the case of Vivo will also help us not to lose coverage even if we are holding the phone with two hands and get a 3D surround sound .

FunTouch OS 4.0 is the software version that comes in the Vivo NEX. A system based on Android 8.1 Oreo that comes with a new Energy UI interface and where the Jovi intelligent assistant is introduced , able to recognize objects, translate texts, recognize scenes and the rest of artificial intelligence capabilities that we have seen in terminals such as from Samsung or Huawei.

The Chinese manufacturer has put a lot of emphasis on the capabilities of its assistant Jovi to such an extent that the Vivo NEX incorporates a dedicated button to activate it .

In the back we find a double camera of 12 + 5 megapixels with an IMX363 sensor, an aperture lens f / 1.8 and pixels of 1.4μm . Additionally we have automatic focus, dual flashLED and 4K video recording with four-axis optical image stabilization (OIS). A photographic section that will be enhanced by artificial intelligence to identify scenes and apply effects such as portrait mode.

But without a doubt the most striking thing is its front camera. Not because of its characteristics, where we have an eight megapixel sensor, but because of the shape. The front camera will be hidden in the body of the device and we can deploy it to make selfies. A mechanism that reminds us of the one we saw in the Bluboo S2 , although in the case of Vivo NEX it seems much more advanced and precise.

Versions and price of Vivo NEX 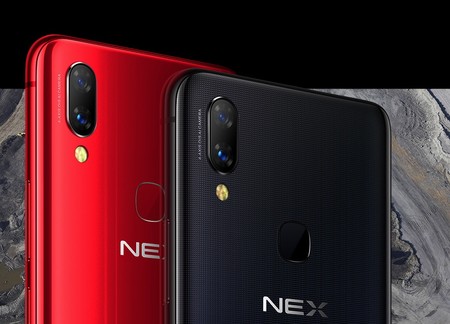 The Vivo NEX will come in two versions, depending on its internal processor. At the moment it will only be for sale in China, although Vivo is one of the sponsors of the 2018 World Cup in Russia and may want to take advantage of the commercial pull to distribute it in more markets.