Xiaomi will present the new Redmi 6 on June 12: more artillery for the mid-range

Xiaomi does not stop. A couple of weeks after presenting the new Mi 8 , now it’s the turn of the mid-range. Through its ads on social networks, it shows us a reference to number 6 and places us on June 12 . It will be that day when we see the new Xiaomi Redmi 6 , the continuation of a mid-range that already has a time behind them.

Currently the Redmi 5 range is made up of several models, among them the Redmi 5A, Redmi 5, 5 Plus, 5 Note, Note 5A … all of them are very similar but some stand out by screen, others by battery and others by camera. In this event on June 12 at least the models M1804C3CC, M1804C3DE and M1804C3CE that have already passed through TENAA are expected . Here we leave the filtered features of one of the Redmi 6 that we would see.

The double camera is expanded by the Redmi range 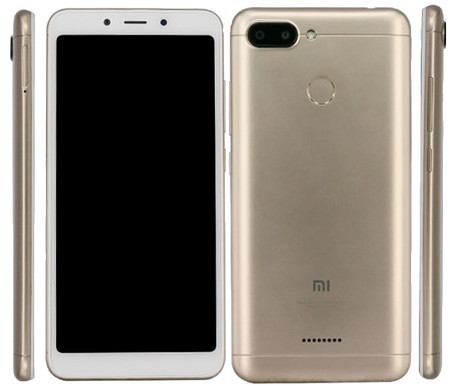 This new Redmi 6 will surely be the renewal of its Redmi 5A model, the most basic of all. And is that if you look at the Redmi 5 standard already has better features. Yes we fit in that it was a renewal of its input range, where we would have an increase of a screen of 5.45 “in 18: 9 format , a similar battery, similar internal processor and fingerprint reader in the back.

For the photographic section we would have an improvement with the addition of the double camera , which according to these leaks would be an addition that would reach much of the mid-range of Xiaomi in 2018. Recall for example that not even the Redmi 5 Plus has a double camera .

In addition to this filtered model, we have also seen a Xiaomi Mi A2 Lite , with a double camera, a 4,000 mAh battery and a ‘notch’ screen. A model that resembles more the renewal of Redmi Plus that we expect. We’ll see if in this event on June 12 Xiaomi shows us several Redmi 6 and maybe some surprise in the form of Android One device .